Girl guides go back in time to celebrate Glasgow centenary

Glasgow’s girl guides organisation is celebrating 100 years since it first formed in the city.

Current volunteer helpers and leaders have been honoured for their service with special doorstep presentations.

Meanwhile, today’s young members have gone back in time to mark the thousands of members who came before them.

A film has been made showing what the girls wore and what kind of city it was back then.

It features seven case studies telling different stories about Girlguiding Glasgow and its members down the years.

Current members read the stories and dressed up for the film.

Margaret’s character says: “I share a room with my four sisters and wish I had my own bedroom in one of the new houses which have electricity and running water.

“It has been scary over the last few years as we have had to go to the Anderson Shelter with other neighbours to shelter from night-time bombings.

“At school I am really enjoying needlework and cookery however with war rationing it’s difficult without all the ingredients.”

The stories were researched from old records to mark the centenary.

The character ‘Ruth’ lives in a tenement flat in the Gorbals with her family of seven sharing one room and a kitchen.

Ruth says in the film: “I enjoy spending my time playing with my friend in the streets and alleyways.

“I am also a Guide and have recently attended a big service at Glasgow Cathedral with 900 Guides when Girlguiding Glasgow dedicated their County Banner.

“I was also really lucky as I was part of the guard of honour for Princess Mary when she visited the city.”

The film was shared across the organisation’s social media channels as part of the 100th Annual Review.

The review also saw Girlguiding Glasgow celebrate its volunteers with special doorstep presentations to show the charity’s appreciation for their hard work and commitment.

This year, 104 individuals received awards ranging from five to 50 years voluntary service accumulating in an astounding 1475 years of service this year alone.

The organisation says it is “thanks to their dedication that Rainbow, Brownie, Guide and Ranger units across Glasgow are able to meet on a weekly basis and take part in all the benefits that guiding has to offer”.

“They have helped thousands of girls enjoy new experiences, make new friends and discover their potential.

“Our volunteer’s endless energy, enthusiasm and commitment has been especially valued over the last few months when we have been required to retrain and upskill to deliver the Girlguiding programme in new ways in order to remain connected.”

“Volunteering for Girlguiding Glasgow is such a rewarding experience and it’s been wonderful to work with so many young women and girls over the years and see them gain new skills, grow in confidence and have fun.

“Volunteering has opened up so many fantastic opportunities for girls to enjoy new experiences, use their voice and be a powerful force for good in their communities.”

Girlguiding Scotland is the leading charity for girls and young women in Scotland, with 45,000 young members.

If anyone has found bullseye from toy story in Kelvingrove Park, there’s a very sad little girl who would love him back. 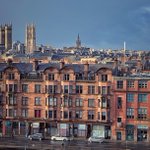 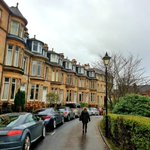 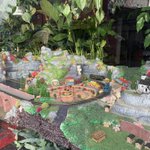 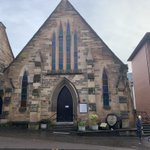 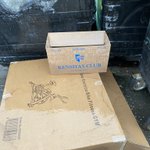