Comic book writer and Hollywood producer Mark Millar lives in the West End with his wife and business partner Lucy Millar. They spoke to Eilidh Tuckett about their experience of lockdown with a young family.

Eilidh: Mark, there’s a great quote of yours from a Guardian interview where you said “LA is great but it’s too hot and far away from everybody I actually love.” It’s brilliant to see how passionately you stand by your local area, including your hometown of Coatbridge. You’re the perfect candidate to talk about the West End and what you love about it.

Mark, you’ve made a living writing about dystopian realities, now we’re living in one. How did you and Lucy spend lockdown as a family? I know you work from home sometimes already, but having two wee ones around all the time must have changed things up a bit! How did you both make it work?

Mark: We started off with great intentions. Like most people, I planned to learn Chinese and get ripped, but in the end I just ended up eating lots of crisps and watching TV. Our jobs are pretty easy to do from home. Sure, we couldn’t get actors on a stage, but so much of my day is writing and watching stuff being edited so I didn’t get the cushy few months I was hoping for.

Lucy: I’m mildly obsessed with notebooks and lists so I can compartmentalise and manage my life. Lockdown sent this into chaos as the kids were at home, so I was attempting to homeschool whilst working full-time. After juggling for a week or so I gave up and did school work from nine through to lunchtime and then they got the rest of the day off whilst I locked myself in the office. The kids did occasionally pop up mid-call, once bursting in absolutely desperate to know the time, which was all the more baffling as they had no plans and nowhere to go!

E: Mark, I saw via Twitter that you’ve been partaking in the ‘5AM club,’ sounds intense! You mentioned getting out for a walk every day after work. Where might these ambles take you?

M: I should stress we’re only a few weeks into this, but the idea is pretty sound. I get up at 5, lift weights and read for an hour and kick the day off around 6am. Theoretically, your work is done by 2pm, but since my office is in LA I always have a couple of hours of calls in the evening. The idea is you get lots more done, but so far it just means I’m falling asleep about 8:30! It does give us the afternoons and there’s no better place to hit than the West End if you have time to kill. It gives us a chance to gain all the extra weight we might lose with the morning exercise.

E: I also saw that you tweeted about Hive, the online independent book retailer. Are there any local bookshops you’d recommend?

M: Waterstones opening on Byres Road was like VE for me. I’m down there all the time. The Oxfam Bookshop across the road is an absolute beaut and filled with as many curiosities as the brilliant Oxfam Records down at the traffic lights. The Hyndland Bookshop is another favourite. I always buy the children’s books in there. It’s got a lovely vibe. But my favourite has to be City Centre Comics in Ruthven Mews. I’m in there all the time. It’s the best comic-store in Scotland. I’m a big magazine and newspaper guy, of course, and get everything from Barrett’s. We’ve only been on the West End nine years so we really appreciate Barrett’s in a way locals might slightly take it for granted. But almost any magazine you can imagine is on sale here. It was a total treat to find when we moved here.

E: What is it you particularly love about the West End, and where do you take your two wee ones?

M: The kids definitely like to sit in at a cafe on Byres Road and eat pancakes (when we are not in lockdown!). There are some great places to eat. I think they see it as an extension of the house and always sucker me into taking them there anytime we’re even just out for a loaf.

L: I love the buzz of the West End, a friend from Bothwell was saying she feels like she is on holiday when she comes here. As Mark said we tend to eat out a lot, particularly as we’re in the house working during the day, so a change of scene is good — and takeaway from Little Italy is a bigger constant in our lives than it should be!

M: I go to the University Cafe and Mario’s so often that I alternate it so they don’t realise how often I’m having chips.

E: Thank you both for taking the time to chat with me! It’s been great to have a little window into your lockdown lives.

#WorldBookDay if you know, you know.

🔥 Hot off the press: “Stopping the bike thieves, the return of Peckham's, lockdown cooking & more ” (via @revue)

Hello to all our readers. Thank you for clicking on our email again and catching up with our news. This week, fighting back against the thieves; how a... 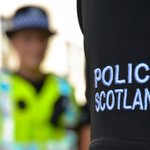 NEWS l Another great session at our Under 12s training last night. Lots of smiling and happy faces! ⚽️💙⚽️ #grassrootsfootball 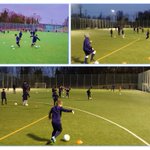 GHS have donated an old rowing boat to the children at Laurieston Day Nursery(@BlackfriarsP) to replace their pirate ship which was sadly destroyed by vandals. We can’t wait to see it once it’s transformed into a pirate brig so they can explore the seas looking for treasure ⚓️🏴‍☠️ 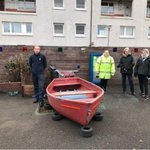